For many newcomers, Canada’s cold weather can be a big adjustment — but what better way to embrace the winter season than by giving cross-country skiing a try!

Some 100 people from OCISO’s Friends of the Family project recently spent a sunny winter morning at the Nakkertok Nordic Ski Club’s venue in Gatineau, learning to cross-country ski.

Thomas Boyce, a member of the ski club, was one of 25 volunteers who did everything from giving ski lessons, providing interpretation, to serving hot chocolate at the event. “If you come to Canada you need to get out and have fun and not hibernate during the winter months,” remarks Thomas. 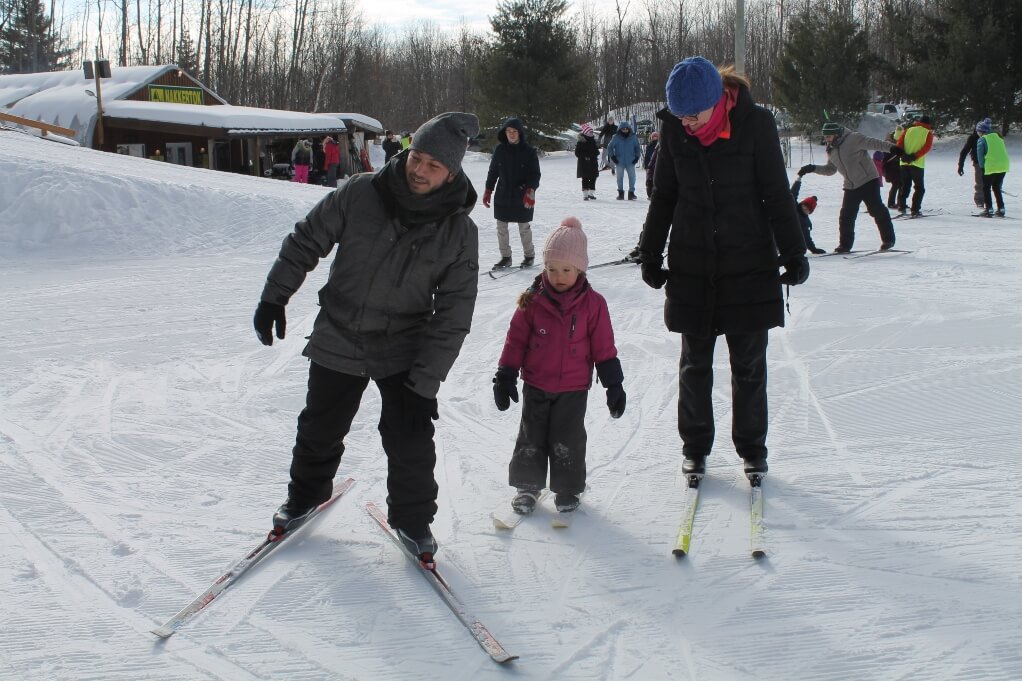 Khalil Alkarad, a Syrian refugee, arrived in July 2019 when his family was sponsored by Ottawa Welcomes. He smiles brightly as he tries to glide across the snow on his skis.

“I enjoyed learning how to ski,” says Khalil. “Before we came to Canada all we heard about was its cold weather. You learn how to adapt and dress warmly. Our family really loves the outdoors! I only hope that I can master this sport as it really helps with fitness.”

Jessie Thomson, OCISO volunteer president, is part of the sponsorship group that has taken the Alkarad family under their wing.  For the last six months they been organizing everything the family needs, from an apartment, to English lessons and now an introduction to one of Canada’s favourite winter sports. “The Alkarad family doesn’t do anything half way!” she chuckles, adding that Khalil, was a champion wrestler in his native Syria.

Jessie’s four year-old daughter, Rose, follows three year-old Alissar Alkarad across the snow. It seems that both are natural skiers.

The Friends of the Family project began in 2016. It matches each newcomer family with a local, established family who helps their new friends to feel welcomed, navigate the city and enjoy social and recreational time together. “Friends of the Family is sort of a cultural exchange program where both sides learn from each other,” explains Dragana Mrdjenovic, Settlement and Integration Program Manager at OCISO.  “We know from experience that social integration is one of the most important aspects of an immigrant’s new life.” 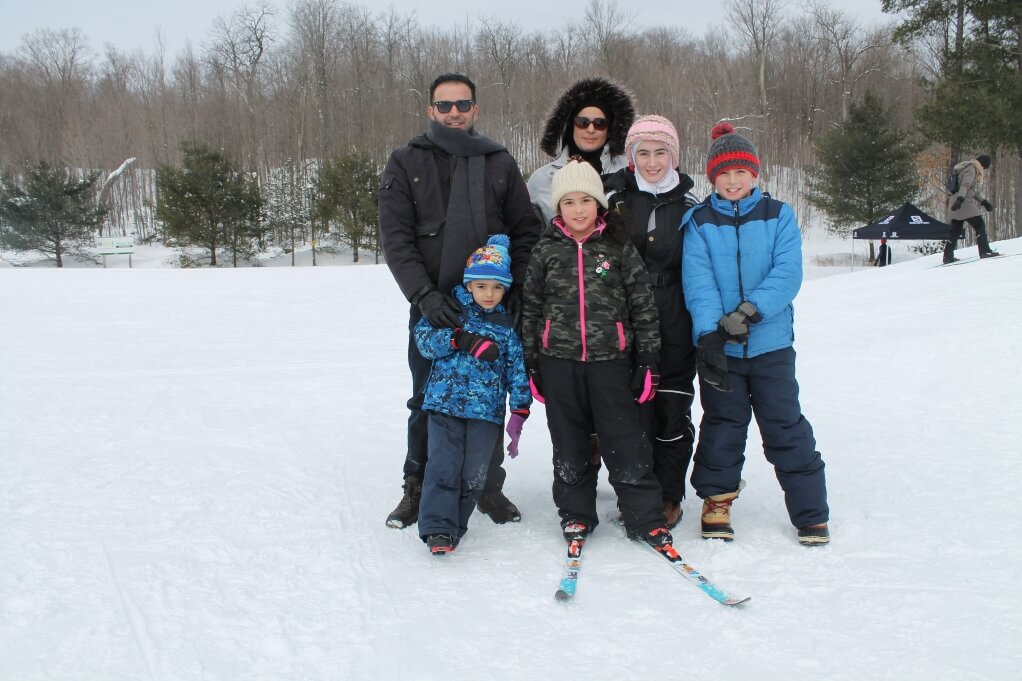 Aeman Alkadour, his wife, Neama and their four children also enjoyed skiing for the first time. “I have often seen people cross-country ski along the Ottawa River and was curious about this sport,” says Aeman.  The Alkadours arrived in January 2016 as part of the first wave of Syrian refugees settling in the nation’s capital. Aeman now has a business selling Syrian pastries, Alkadour Sweets, and Neama teaches Arabic.

“At first we found winter difficult, but now we enjoy it much more,” remarks Neama. She laughs when she mentions that one her daughters said her favourite part of the day was the delicious pot-luck lunch that followed the ski lesson.

“It’s nice to learn something new and share in Canadian culture,” adds Neama.  “It’s all about the community coming together. Canadians are now our family.” And she’s not alone, through OCISO’s Friends of the Family project, many families like the Alkadours have found new families.

OCISO supports immigrants through the journey of making Canada their home by providing creative and responsive programs that are culturally and linguistically appropriate, by building community through mutual respect and partnerships, and by fostering healthy and inclusive spaces for open dialogue and healing.

We are community based non-profit organization that has been providing services in Ottawa since 1978. We are motivated by the stories of new immigrants, and we are there every stage of the journey. OCISO directly serves over 10,000 immigrants and refugees every year. Our work is augmented by the generous efforts of our enthusiastic, caring and talented staff, volunteers, both established and new Canadians.