Newcomer Embraces the Power of Sport through “Wrestling with Champions”

Newcomer Embraces the Power of Sport through “Wrestling with Champions”

On a cold winter Friday evening, about 20 youth gather in YOCISO’s small gymnasium for a two-hour wrestling session. They are part YOCISO’s Wrestling with Champions and they are psyched!

Among the young wrestlers is 14 year-old Adnan Al Muqdad. Adnan came to Ottawa four years ago when his family fled war-torn Syria as refugees. Like many newcomer youth, his transition to a new life in Canada wasn’t without obstacles. “My biggest challenge was learning a new language,” explains the Ridgemont High School student. “Then it was meeting new friends.” 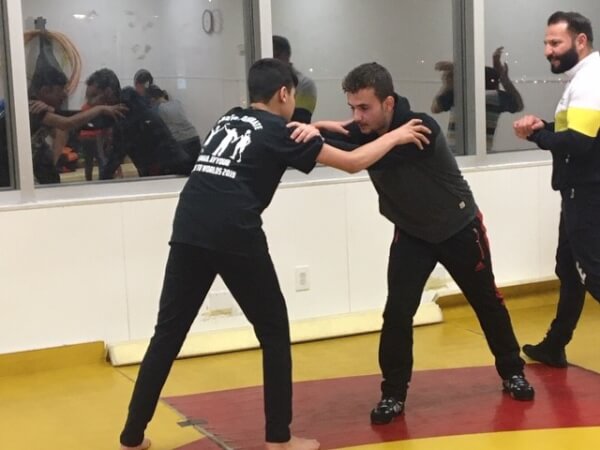 When he joined Wrestling with Champions nine months ago, he didn’t realize how transformational it would be. “Wresting has encouraged me to work harder,” says Adnan. “I’ve met so many new friends and especially enjoy traveling to competitions.”

“Our recreational wrestling classes are offered to boys and girls, many of whom come from families that cannot afford the high cost of participating in organized sports,” says Donnielle Roman, Manager, YOCISO. “The youth who participate in Wrestling with Champions have the opportunity to take part in high quality sports activities at no-cost, to increase their physical fitness, as well as to provide them with social connections and a sense of inclusion.”

“Most Canadians focus on soccer and hockey, but as an individual sport, wrestling can have many benefits,” says Basel Al Zoubi, Wrestling Program Coordinator at YOCISO. “We have seen the self-esteem of our newcomer participants improve over time and it ultimately helps their integration.”

The wrestling program is open to newcomers aged 10 to 18 and has had 100 participants since its launch less than a year ago. It is coached by 12-time Syrian national wrestling champion, Mohammed Alkarad. Mohammed came to Canada in 2016 through a private refugee sponsorship group, Ottawa Welcomes, after spending over four years in Zaatari refugee camp in Jordan. At Zataari he worked for UNICEF and Mercy Corps and supervised a wrestling program for youth in the refugee camp. “Many youth in the camp were extremely bored and wrestling offered them hope for the future,” remembers Mohammed. 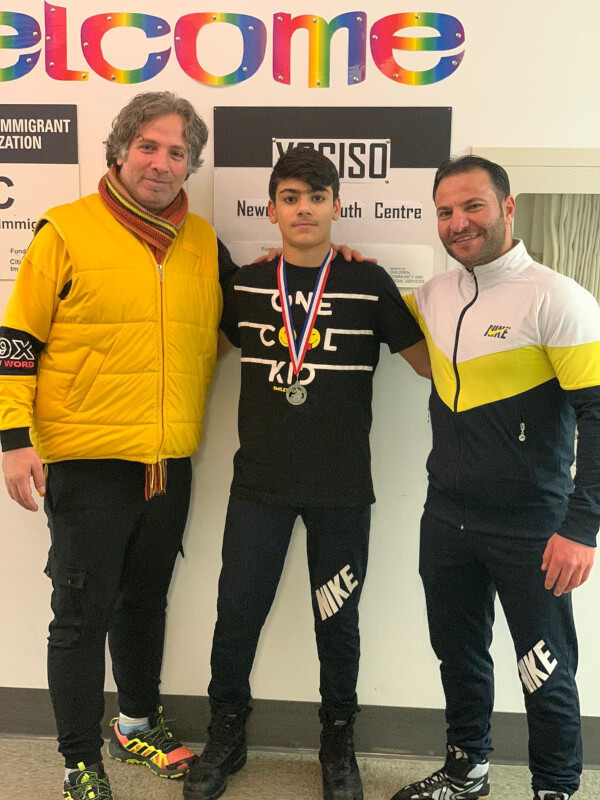 “The main goals of Wrestling with Champions are to build physical fitness, reduce social isolation and improve self esteem among participants,” says Mohammed. “Wrestling is not just a sport—it has many impacts beyond fitness, it takes discipline and encourages positive energy.”

Adnan participates in the twice weekly program with two of his brothers. “I try really hard to improve my skills by coming to all the practices,” he remarks. As the oldest child in his family, his younger siblings look up to him. “Now all my brothers want to wrestle too!”

“I thank Mohammed and Basel who have encouraged me so much,” says Adnan. He smiles with a deep sense of satisfaction. He recently won two silver medals at wrestling competitions in Montreal and Ottawa. Adnan has set his sights on a gold medal next time … and along the way has embraced the power of sport.

Wrestling with Champions is funded through the Ontario Sport and Recreation Communities Fund, the National Capital Wrestling Club and the Ontario Amateur Wrestling Association.