Kanata IT company gives back to the community

Kanata IT company gives back to the community

“This is one of the largest single donations in OCISO’s 40 year history.”  Leslie Emory, OCISO Executive Director 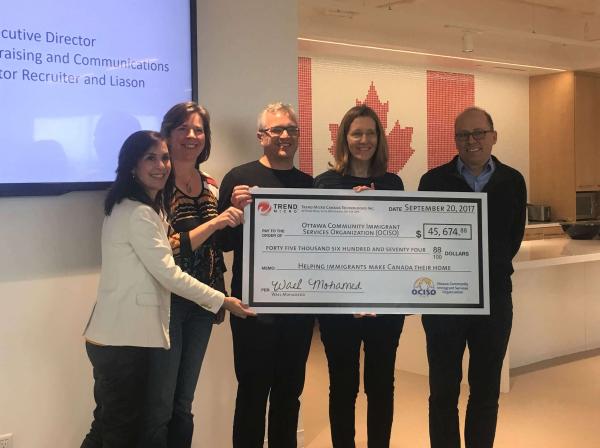 On March 23, a celebratory event was held on the Kanata premises of global IT company Trend Micro, attended by well over a hundred employees, or “Trenders”, as they are called.

Trend Micro’s Canadian country manager, Marcia Sequeira, acknowledged with evident pride the record-breaking efforts that her fellow Trenders had made in their annual “Give and Match” fundraising campaign.

She thanked the campaign coordinator, “Trender” Steve Duncan, and the rest of his amazing team, who had organized multiple events – fundraising lunches, breakfasts, comedy shows, poker nights – as well as an online fundraising campaign!

OCISO’s Executive Director Leslie Emory then expressed gratitude as she received the Trend Micro cheque for over $45,000!

“This is one of the largest single donations in OCISO’s 40 year history. Your generous donation will support OCISO’s refugee resettlement program and helps us reach the most vulnerable, at risk clients.

“Areas where private donations like yours are crucial include programming for high needs children and youth, victims of violence and newcomers with mental health concerns, in particular those who are experiencing PTSD due to having experienced traumatic life events.” 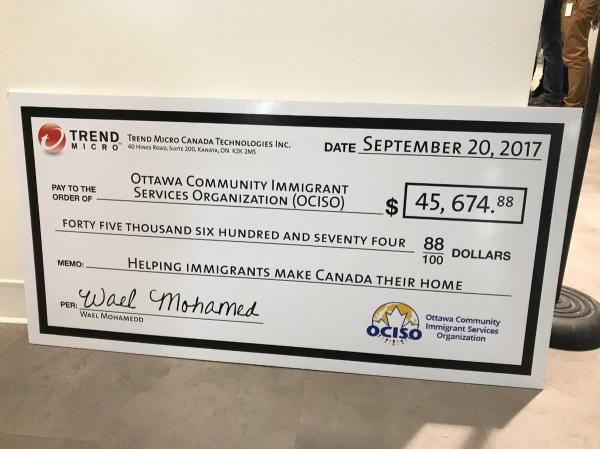 He mentioned that there have been ongoing discussions with OCISO, and then he announced that Trend Micro would be supporting OCISO’s career mentoring program for newcomers to Canada:

“I encourage all Trenders to lend a hand by applying to become OCISO mentors!”

To be able to help all those in need, OCISO is very grateful to have so many caring, generous individuals and groups who are able to  volunteer their time or who make donations to support our critical work in the Ottawa area.

Trend Micro has indeed set the bar very high in terms of corporate giving to the charitable sector.

Thank you again, Trenders, for your very generous gift to OCISO, and for supporting our Career Mentorship Program! 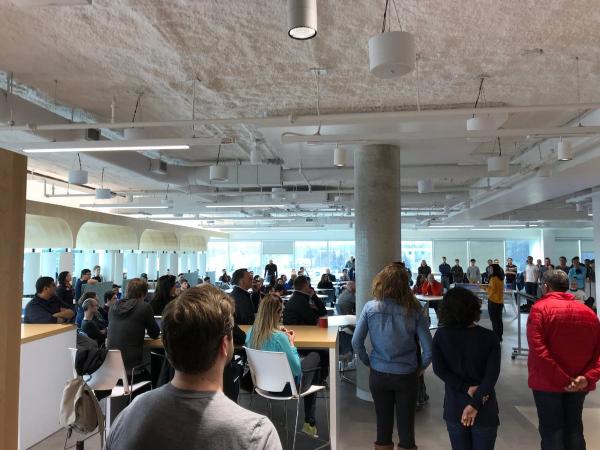 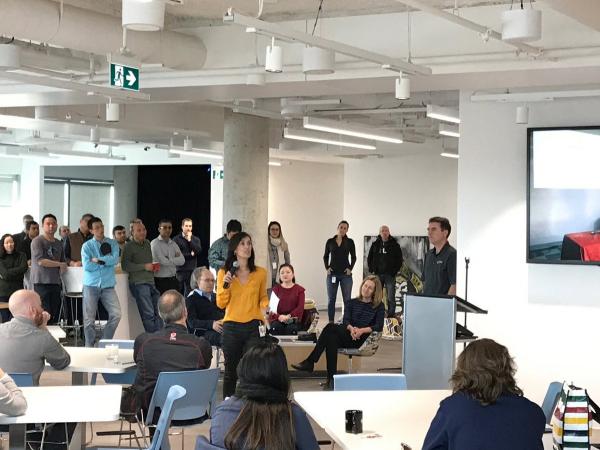